Purpose of an insulator is to prevent the unwanted flow of current from the energized conductor or conducting parts. Electrical insulation plays a vital role in every electrical system. An electrical insulator provides very high resistance so that practically no current can flow through it.

Basically, an insulating material or insulator contains a very small amount of free electrons (charge carriers) and, hence, could not carry electrical current. But, a perfect insulator does not exist, because even insulators contain a small number of charge carriers which may carry leakage current (negligibly small). In addition, all insulators become conductive when a sufficiently large voltage is applied. This phenomenon is called as insulation breakdown and the corresponding voltage is called as breakdown voltage.

The above types of insulators are commonly used in overhead power lines.

Some more types of insulators are as follows 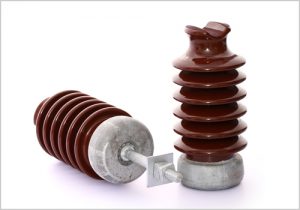 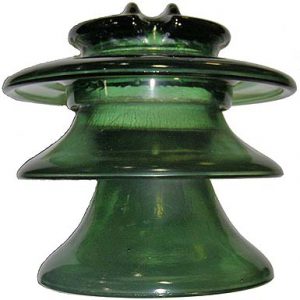 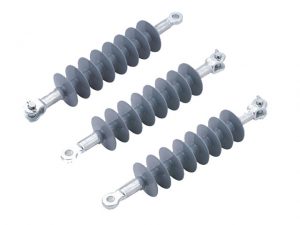 The insulator used in a stay wire (guy wire) is called as stay insulator. It is usually made up of porcelain and is designed so that in case of breakage of the insulator, the stay wire will not fall to the ground. It is also called as egg-type strain insulator. 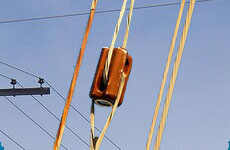