The main types of heaters include electric heaters, gas heaters and reverse-cycle air conditioners. The best option for you is dependent on a few factors. Let’s take a look at each type.

These are usually portable, cheaper to buy, and a good option if you’re not using them in large spaces or for long periods.

If you have gas in your area these can be very efficient and good value for money. But gas heating produces small amounts of waste products: gases including carbon monoxide which is dangerous, and water vapour, which can lead to condensation and mould problems. The two main types of gas heaters deal with these waste products differently.

If you’re going to leave a heater on all day, a gas heater may be cheaper than a portable electric heater for most homes. However, gas prices are on the rise, partly due to a move towards exporting more of Australia’s gas to overseas markets rather than keeping it for domestic use, though so far, prices have not risen as much as first predicted. Also, solar power is making electricity much cheaper in many homes. So it’s not a given that gas heating is always cheaper than using electricity.

These will be more expensive to buy than a small electric heater, but very effective in terms of the power they use compared to the heat they generate.

Wood fires can give a cosy look and feel to a room on a cold night. Modern slow-combustion wood-burning stoves can be quite efficient too.

Firewood should be well seasoned (left to dry for at least two summers) so you don’t waste energy evaporating water by burning green wood. Hardwood contains more energy than softwood and burns longer and more steadily. But it’s also harder to light. Softwood can spit and spark in open fires.

Coal may be an option for some people but is rarely if ever used as a home fire fuel these days. It can be burnt in many slow-combustion heaters, but you’d probably need to use firelighters or light a wood fire first to get it started. It can produce a lot of soot as well as other pollutants and we don’t recommend its use.

These use denatured ethanol (methylated spirits) which doesn’t give off dangerous fumes such as carbon monoxide when burned (though it does give off water vapour and carbon dioxide). So these burners don’t need vents or flues, or a gas or electrical connection.

They’re comparable in heating capacity and efficiency to an unflued gas heater and typically cost a few hundred dollars. However, they are more expensive to run; one litre of fuel, costing about $3, will give roughly 90 minutes to two hours burning on a high setting. The same amount of heating with gas would cost around 50c.

Decorative alcohol-fuelled burners were banned following a long list of serious burn injuries and fire incidents, but as of 15 July 2017 they can be sold as long as they meet the specified decorative alcohol-fulled device safety standard. Under this standard, tabletop burners (devices weighing less than eight kilograms or with a footprint less than 900 square centimetres) are not allowed. Freestanding and fixed devices must pass a stability test, have a flame arrester or automatic fuel pump system and be labelled with warnings about refuelling hazards.

Many models have open flames, so you need to take the same care around them as with an open wood fireplace, and you also need to be careful when handling the fuel. A number of people have been burned by them through mishandling, hence the ban and safety standard mentioned above. 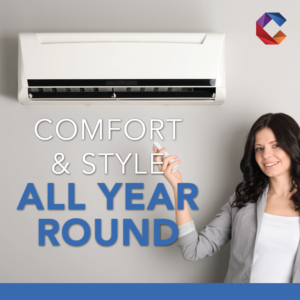